Kim Jong-Un, in the news earlier this year for having his uncle executed, is but a baby in Exit Emperor Kim Jong-Il, which details the current North Korean dictator's grandfather and father, in their rise to tyranny. John Cha wrote this work after interviews with a former North Korean adviser to the second Kim (Jong-il) who defected to the south after becoming disillusioned. 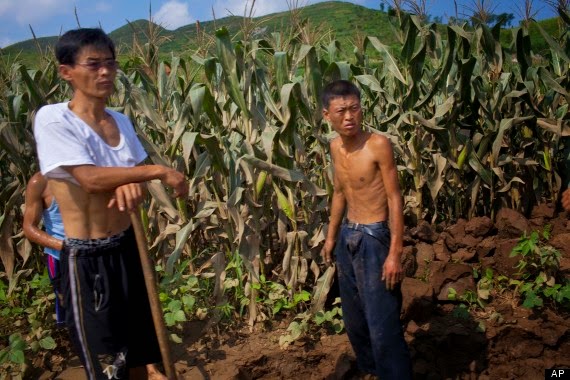 North Korea is small and its people impoverished yet it plays a very visible role in international politics because of its nuclear arsenal, its suppression of civil rights, ongoing and abysmal human rights abuses, Dennis Rodman's affection for the so called "emperor" and more.  The Christian Science Monitor reported earlier in 2014:

"The regime is repressive in a way unthinkable in the West. Loyalty to the Kim family is paramount. There is no exile movement, no dissent, no opposition newspaper. Access to South Korean media is outlawed, as is free travel. Famously repressive Cold War states like Albania and Romania were fabulous models of freedom compared to the North today." (R. Marquand, January 19, 2014)

Cha details the schooling in politics received by Kim Jong-Il from his father, Kim Il-Sung, who assumed power in 1948. (Literally, Il-Sung just assumed power, with backing of the Soviets, and began a personality cult by 1948, calling himself the "Great Leader.") Jong-Il's son, Jong-Un is but carrying on the family tradition of tyranny. From middle-class middle America, it is very difficult to see how the nearly 70-year repression of the people of this country could ever end.