Dominican Republic: "In the Time of the Butterflies" by Julia Alvarez

This 1995 book presents the four Mirabal sisters, three of whom were nicknamed Mariposas (butterflies) in the early days of the revolution that ended Rafael Trujillo's dictatorship in 1961. Although In the Time of the Butterflies is a novel, one of Ms. Alvarez's declared purposes was to show us what life was like under Trujillo, who took power in 1930. This book is also another take on political protest, supplementing my earlier reading of Secret Son, Children of the Jacaranda Tree, Tree of Red Stars, and Krik? Krak!  Here, too, politics is personal. The women portrayed in this novel become involved because they and those they love endure "outrages and depredations" (a term from Secret River, my book for Australia). 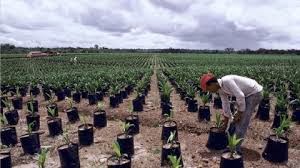 The Dominican Republic, as you no doubt know, shares the island of Hispaniola with Haiti.  Ms. Alvarez begins in 1994, with the visit of a journalist who wants to interview the surviving Mirabal sister, Dedé. Through Dedé's recollections, we have the voices of her sisters Minerva, Patria, and Maria Teresa. Each sister sounds distinct and each segment of the book recounts fictional events from one character's point of view. We see them in youth on the family farm, during early romances and later in marriages. We see them caring for children and for their parents. We see them at worship and in school, at play with cousins at the beach, and hiding from the police.

Even in childhood, the family speaks of Trujillo or anything related to the government where they are certain they will not be overhead. They might whisper together in the farm truck or out in the groves or tobacco field. As far as the regime knows, the Mirabal family is on the right side. The family keeps El Jefe (the Chief's) photo on view, attends the many holidays declared in Trujillo's honor, and strives to avoid censure.

But then things change. The oldest, Minerva, catches the eye of Trujillo, who in true dictator fashion, tries to recruit her to his list of mistresses. She is revolted and with her father's help, leaves a party quickly. In retribution, Trujillo's generals arrest and imprison Señor Mirabal. He knows this is a likely consequence but he holds his daughter's honor dearer than El Jefe's power. 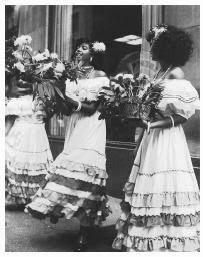 After lobbying for months to secure her father's release, Minerva has the opportunity to attend law school. There she meets and marries a fellow student active in the underground political movements. She participates and through her, two other sisters--Patria and Maria Teresa--and their husbands also begin to help transport and hide weapons and to be part of a network of cells planning a revolution. Thus is the fiction.

Now the fact: These three Mirabal women were involved in the resistance movement and were murdered, along with Rufino de la Cruz, their driver, by Trujillo's forces in 1960. The date of the assassination--November 25--is now the United Nations' International Day for the Elimination of Violence Against Women.

Trujillo's regime is described in many places. I am not sure anyone actually knows what motivated Minerva, Patria, and Maria Teresa and their husbands. We do know that Trujillo suspended civil liberties, transgressed human rights, permitted rampant corruption, and authorized or even commanded what one website I consulted called "extra-judicial killings." In addition, it is as if he attended something like a "Dictator School" for extra lessons in how create a personality cult, amass wealth, impoverish a country, and compel women to be his mistress. More recent students at this hypothetical school might include the Kim father, son and grandson in North Korea; two Duvaliers in Haiti; and possibly even Mao in China.

Dictators in Latin American countries since the 19th century have been so numerous that there is a genre of fiction called the Latin American Dictator Novel. Along with works by Garcia Marquez and books about Peron in Argentina, this genre includes Mario Vargas Llosa's The Feast of the Goat, about the last days of Trujillo. I am far less interested in Trujillo's end than in the motivations for the people who ended him -- he was assassinated in 1961. Fiction is one way to consider those and provides insights, but I suspect I'm ready for some biography or even autobiography.
Posted by Unknown at 9:32 PM